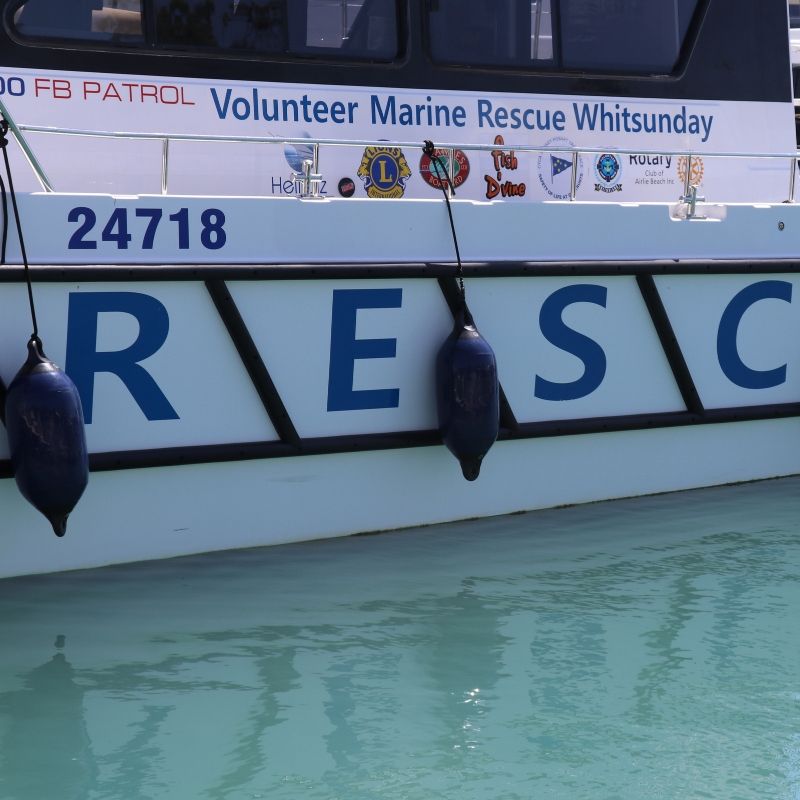 VMR Whitsunday has recently taken delivery of the new addition to what is now a fleet of two rescue vessels with the arrival of its new Naiad 6.7 meter RHIB. Built by Yamba Welding and Engineering, the purpose built boat will be officially christened at the forthcoming Mini Safety on the Water Expo to be held at Coral Sea Marina on November 2nd.

The Expo, which is being co-hosted by the Coral Sea Marina Academy, Maritime Safety Queensland, and VMR Whitsunday, will run from 10:00 am to 2:00 pm, with the new boat christening and announcement of the Naming Rights Sponsor due to take place at 12:30 pm.

VMR Whitsunday volunteers will be showing people over both rescue boats, manning a membership desk, and running a sausage sizzle, while MSQ will be holding demonstrations and information sessions.

The new boat will be capable of doing many of the more routine activations for smaller vessels, thus freeing the larger Coral Sea Marina VMR1 for activations for medivacs, searches, assisting larger vessels and those further afield. The new boat will also allow us to extend the life of VMR1, reduce overall operational costs, and provide an additional resource for search and rescue activity.

Activations for VMR Whitsunday continue to rise, and for the year to the end of September sit at 92 compared to 77 for the same period last year, running at about a 20% increase. That is on top of a 40% increase in 2018 over 2017.