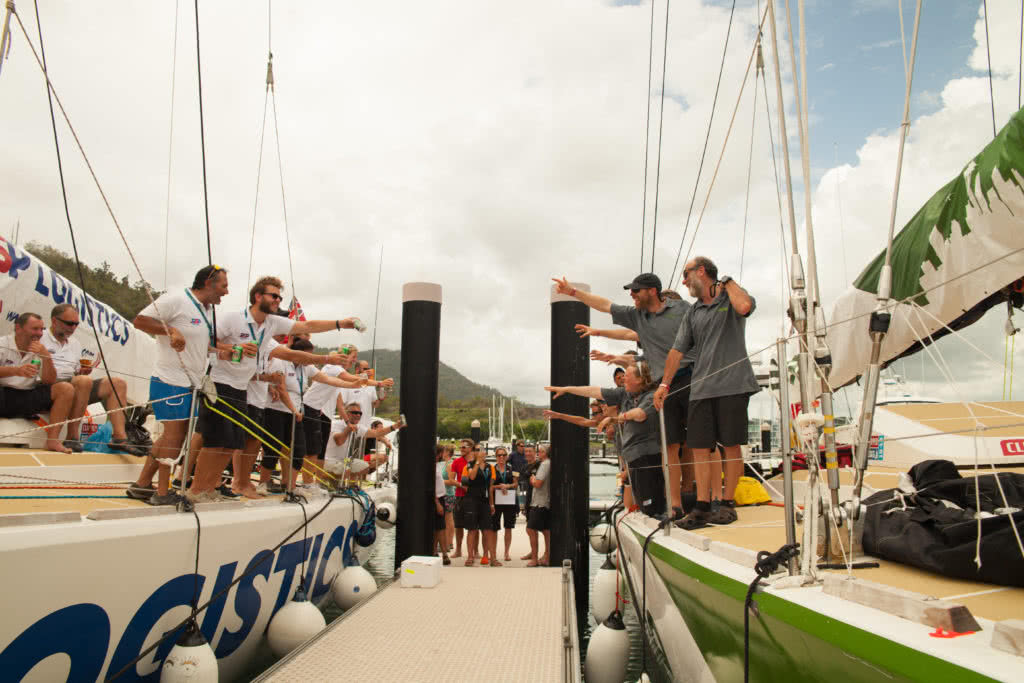 The countdown is on for the Whitsunday Clipper Race Carnival, after the Clipper Round the World Yacht Race set sail from the UK on Sunday [August 20th] on an epic 11-month voyage.

The Clipper Round the World Yacht Race is a unique event, in which more than 700 amateur crew members are teamed with experienced skippers to sail 12 yachts in a 40,000 nautical mile race around the globe.

The Whitsundays has been named as official host port for the final stop of the race’s Australian leg, from January 13 to 29, 2018. The stopover will be complemented by the Whitsunday Clipper Race Carnival, a region-wide festival of entertainment and activities for sailors, spectators and the local community.

Tourism and Major Events Minister Kate Jones said the carnival is expected to attract more than 4000 visitors to the Whitsundays and generate more than $3 million for the local economy. “The Whitsundays has long been considered a world-class sailing venue and the hosting of the Clipper fleet in early 2018 will further enhance that reputation across the globe,” she said. “Combining the stop-over with the week-long Whitsunday Clipper Race Carnival will boost the tourism industry and provide a multimillion dollar injection into the economy. It is also an ideal way to remind the world that the region is open for business after Cyclone Debbie and I look forward to welcoming the crew, their families, friends and supporters to what is a jewel in our tourism crown.”

The week-long Whitsunday Clipper Race Carnival will be a Whitsunday regional event and is set to include a large-scale welcome event, a rodeo by the sea, a concert and a spectacular Long Lunch on Whitehaven Beach.

Tourism Whitsundays CEO Craig Turner said the Whitsunday Clipper Race Carnival was an ideal way to remind the world that the region is a favourite destination for sailing enthusiasts from all over the world, as well as promote the whole region including key attractions such as the Great Barrier Reef, Heart Reef and Whitehaven Beach. “We look forward to hosting the skippers and their crew, as well as family, friends and supporters of the race, and showing off the best the Whitsundays has to offer,” he said. “Hosting the Whitsunday Clipper Race Carnival is an ideal opportunity to highlight and promote the region’s many attractions and encourage visitors from all over the world to visit.”

The Federal Minister for Trade, Tourism and Investment, the Hon Steven Ciobo MP, said it was tremendous that the Whitsundays was to be one of the host ports in this world-class sailing event. “Australia is known throughout the world for its superb aquatic and coastal lifestyle and what better way to demonstrate this first-hand by bringing this iconic international yacht race to the Whitsundays in the Great Barrier Reef,” Minister Ciobo said. “With around 240,000 international travellers visiting the Whitsundays each year, this sends a strong message post Cyclone Debbie that it is very much business as usual and visitors from around the world are continuing to experience and enjoy the natural wonders of this important tourism region.”

The Clipper Round the World Yacht Race was founded in 1995 by legendary UK yachtsman Sir Robin Knox-Johnston, who was the first person to sail solo, non-stop around the world in 1968-69.