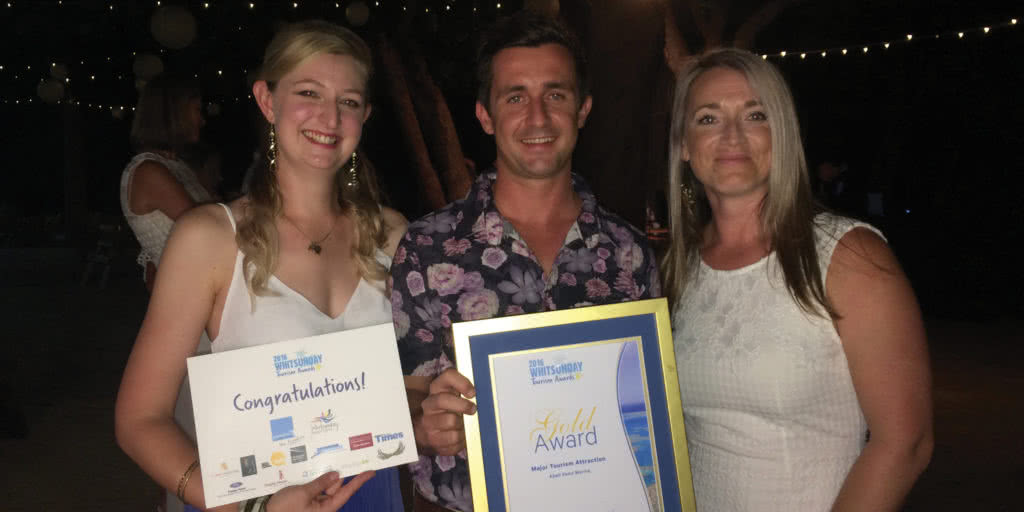 The team at Coral Sea Marina Resort are celebrating after taking out the Gold – Major Tourism Attraction at the Whitsunday Tourism Awards on Saturday 29 October. After being awarded with the Global 5 Gold Anchor Accreditation in August this year, 2016 is fast becoming a year of ‘gold’ achievements for the team at Abell Point.

The gala event was held at Cape Gloucester Eco Resort with over 280 attendees representing local tourism industry operators, regional and state tourism bodies and local and regional government. As the sun set over Gloucester passage the crowd prepared for the awards presentation showcasing the very best in Whitsunday tourism products and experiences.

The dedication of these teams and ongoing commitment to their first-class tourism products is testament to the accolades they received during the evening. Many of these operators will now go on to represent the region at the Queensland Tourism awards in November.

In his acceptance speech, Luke McCaul General Manager of Coral Sea Marina Resort paid tribute to the hard work of the marina team, the vision of marina owner Paul Darrouzet, the quality of the marina operators and the contribution they make to the marina becoming a world-class destination. When the winner was announced for Major Tourism Attraction the judge’s comments described Abell Point as ‘by far the best (in every sense) marina in Australia’.