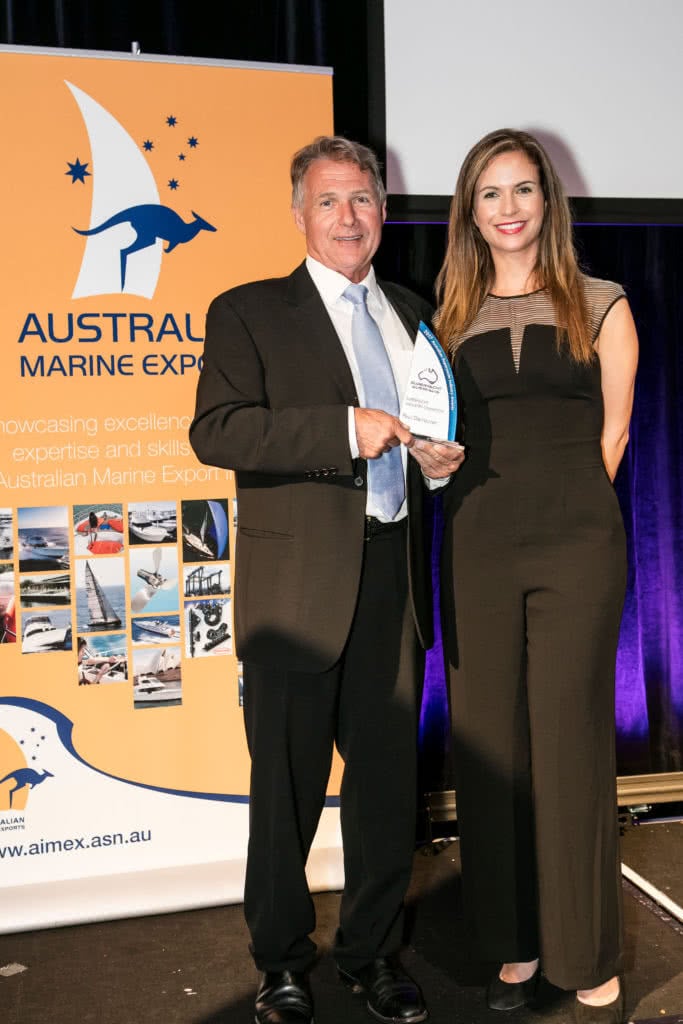 At the ASMEX 2017 conference held in Sanctuary Cove last month during the annual Awards Gala Presentation Dinner Mr Paul Darrouzet, was awarded Superyacht Industry Champion of the year. His achievements were announced to a sold out gala dinner of industry peers who had gathered to acknowledge and support the outstanding achievements of businesses and individuals in the Australian Marine Export, Superyacht and Commercial Industries.

Since acquiring Coral Sea Marina Resort (APM) in 2013, Paul has been a tireless advocate of the Superyacht industry in Australia and specifically the Whitsunday region. His investment of $12million into a small regional community in a time of marine industry economic downturn, indicates Paul’s personal contribution to not only the Superyacht sector, but the marine industry in general.

Paul has been a keen driver to engage with key Ministers in the industry and has been passionate about gaining greater access for superyachts to the Great Barrier Reef. In the aftermath of Cyclone Debbie, Coral Sea Marina Resort has been able to achieve a swift return to “business as usual” despite sustaining significant damage. It is this spirit and can-do attitude that has seen Coral Sea Marina Resort develop into a world class marina under Paul’s watch, and the 2017 Superyacht Industry Champion award is fitting recognition to a magnificent development.