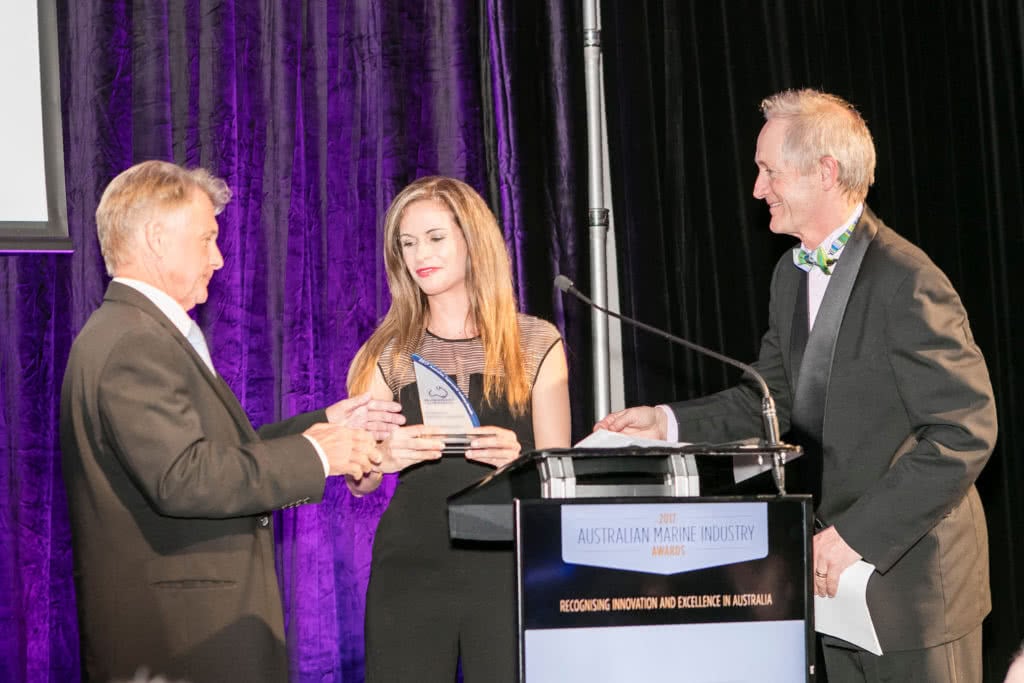 After a successful first day at the ASMEX 2017 conference, the Australian Marine Industry last night awarded business excellence in the industry at the annual Awards Gala Presentation Dinner held in Sanctuary Cove. Over 260 guests gathered to acknowledge and support the outstanding achievements of businesses in the Australian Marine Export, Superyacht and Commercial Marine Industries. The night was enjoyed by all with great entertainment and delicious food.

Ms Maryanne Edwards AIMEX CEO said “We received an overwhelming number of entries this year of such high calibre which appears to reflect the positive growth in the industry.”
18 entries were received from Queensland with 7 of those coming in from the Gold Coast; 11 Entries were received from New South Wales; 2 from Western Australia; 2 from Victoria and 1 from Tasmania.

Paul Darrouzet owner of Coral Sea Marina Resort was recognised as the 2017 Superyacht Industry Champion. Paul has been a keen driver to engage with key Ministers in the industry and has been passionate about gaining greater access for superyachts to the Great Barrier Reef. Coral Sea Marina Resort also won Superyacht Industry Service Provider a reflection of their commitment to building a destination marina to attract Superyachts in the heart of the Great Barrier Reef.

Trenton Gay CEO of Gold Coast City Marina and Shipyard was awarded as Industry Champion for the Marine Export Sector. Trent is a staunch lobbyist driving home key industry issues at local, state and federal government levels on matters such as dredging, Gold Coast customs clearance and recently supporting the lobby for changes to the Australian Superyacht charter regulations.

Other winners in the SUperyacht sector include:

Every year the AIMEX board like to recognise the significant efforts and achievements of people or companies within the industry that have stood out for one reason or another. This year the AIMEX board acknowledged the Superyacht Australia charter working group for their outstanding contribution to lobbying government to allow foreign flagged superyachts the ability to charter in Australian waters. Superyacht Australia Charter Working Group consists of:

The awards night was a true showcase of the best of what Australia has to offer and gave ultimate recognition to these companies.