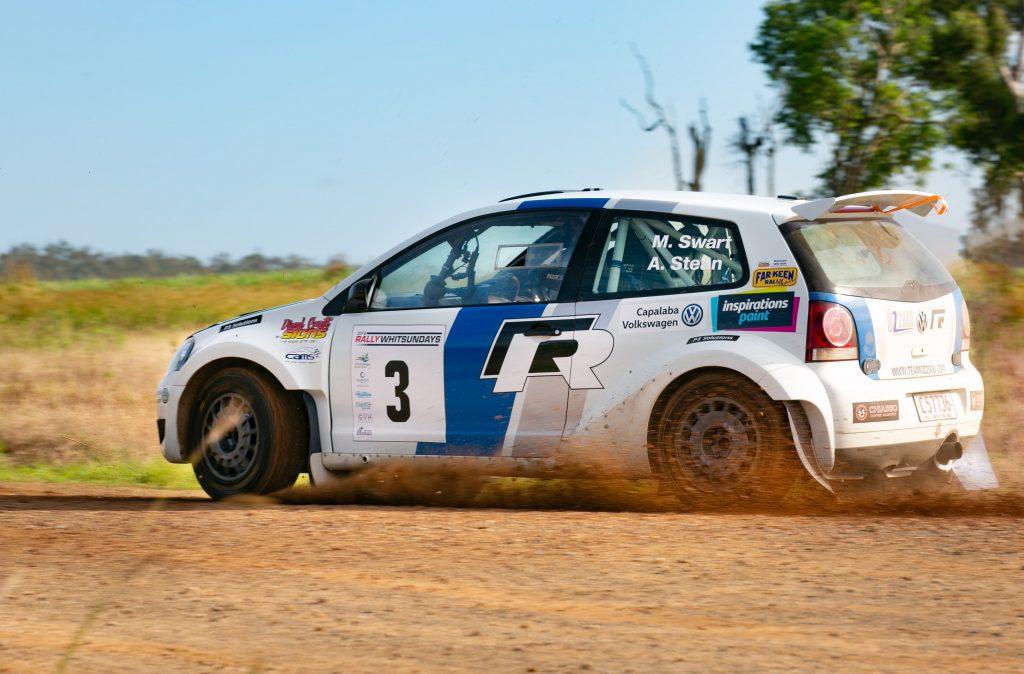 Over 2,500 locals and visitors came together to enjoy the 2019 Whitsundays Festival of Motoring which included the highly anticipated Rally Whitsundays as the opening round for the P3 Solutions Queensland Rally Championship. The festival spanned across Airlie Beach, Bowen and Proserpine, offering something for everyone over a 3-day period.

Rally enthusiasts, visitors and locals to the region enjoyed an impressive lineup of motorsport, family-friendly festival-style activities and show and shine car displays and activities for the kids and market stalls. The region came together to enjoy a brand-new community event.

The festival launched without a hitch showcasing classic, vintage & modern vehicles to spectators along the streets of Airlie esplanade, followed by the official festival opening & impressive ceremonial start at Coral Sea Marina Resort.

On day 2, the focus shifted to the Rally Whitsundays, a race spanning 120kms of private and council land, showcasing the unique and beautiful wonders of the region.

Marius Swart and Alan Stean took out first place in their VW Polo S2000 with a recorded time of 43.07, making for an impressive win in front of an enthusiastic crowd. Second place went to 2018 junior champions, brothers Brayden and Blake Wilson.

Third place went to Craig Aggio and Megan Benson in their classic Toyota KE30 Corolla (Steerfast), but perhaps the most impressive was fourth place competitors Melinda Bergmann and Larisa Biggar in their Mitsubishi Evo 9. The pair were sponsored by Zonta Whitsundays who also provided the festival with many enthusiastic volunteers.

An impressive 1500 people came to watch the rally and enjoy live entertainment, dirt bike beach sprints, go-kart & motorbike demonstrations, classic, vintage and modern vehicles together with the range of food, drink, kid’s activities and more at the Bowen Motoring Festival.

The final day of the festival saw the excitement brought to Proserpine at the show & shine at the Proserpine Showgrounds, Rally Race Khanacross at Tonker Park and the Pit Stop Wrap up party at Mantra Club Croc.

The festival was brought to locals by Whitsunday Regional Council in conjunction with Tourism Whitsundays and Coral Sea Marina Resort, but the weekend wouldn’t have been possible without the diamond sponsors; the Grand View Hotel and Mantra Club Croc and the local club host Whitsunday Sporting Car Club.

The festival was brought to locals by Whitsunday Regional Council in conjunction with Tourism Whitsundays and Coral Sea Marina Resort, but the weekend wouldn’t have been possible without the diamond sponsors; the Grand View Hotel and Mantra Club Croc.

The event saw fantastic volunteers who came together from the local community and from the clubs of Zonta Club of the Whitsundays Inc., Rotary Club of Airlie Beach Inc., Proserpine Chamber of Commerce, SES Bowen, PCYC Whitsunday, Townsville City Auto Club and Brisbane Sporting Car club.

A special mention to Angel signs for providing the signage across the area, as without them, we wouldn’t have been able to communicate the many activities that were going on (often at the same times) across the region.

“Events not only target new markets for visitation, but add to increased length of stay, dispersal and visitor expenditure within the region.

Currently the tourism industry in the Whitsunday region is the largest employer, accounting for approximately 40% of jobs and is the second-largest contributor to the region’s industry – which events play a key role helping to achieve these figures,” she said.

Over the past year our sponsors have been dedicated in supporting the development of the foundations of the festival and achieved a hugely successful family-friendly event that covered a broad range of interesting activities for both kids and adults alike; and certainly, for the motoring sport enthusiasts.