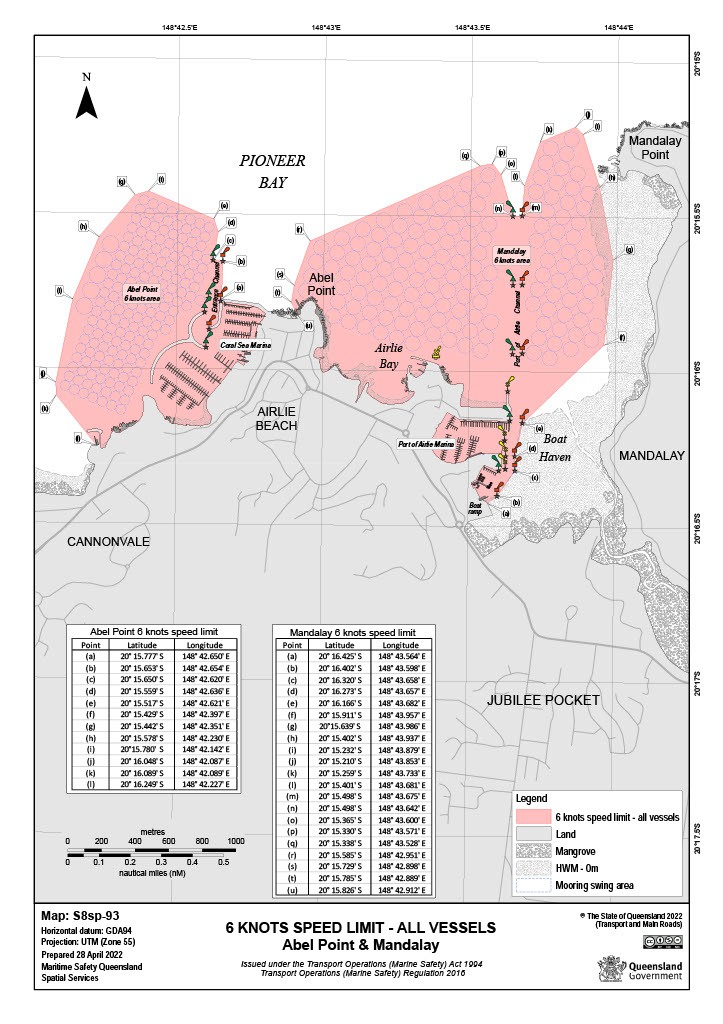 Airlie Beach will be safer for all waterway users after Maritime Safety Queensland (MSQ) gazetted a new sixknot speed limit for the area.

“The waters around Airlie Beach are busy and often congested with recreational and commercial craft of many kinds, including tourism and live-aboard vessels, as well as swimmers and passive craft,” Mr Dillon said.

“It has two popular marinas and many moored or anchored craft close by in Pioneer Bay.

“While a speed limit of six knots already applied in the two marinas and their lead entrances, there had been many minor collisions and near-miss incidents around the nearby mooring grids.

“MSQ had also received many complaints from owners of moored and anchored craft about motorised craft endangering their safety by passing too close at excessive speed.

“MSQ considered it was only a matter of time before a serious incident occurred.”

“This outcome provides clarity for the local and visiting boating communities, was easier to enforce, and will reduce the potential for collisions between vessels and damage or injuries caused by vessel wash,” he said.

“MSQ estimates extending the six-knot speed limit into the mooring zones will mean, at most, four minutes of extra time.

“An extra four minutes, when weighed against the likely safety benefits, is a compromise any responsible skipper would support.”

Shopping cart
There are no products in the cart!
Continue shopping
0